You are here: Home / News / News / Tips for Matching Jackets

The jacket evolved from a short coat made of coarse cloth called Jack worn by men in the Middle Ages. Jack in the 15th century had bulged sleeves, but this type of sleeve is a kind of decoration. The arm does not pass through it, but is pulled over the clothes. By the 16th century, men's lower skirts were longer than Jack's, tied up with straps to form pleats around the body. After entering the 20th century, the buttons of men's jackets from the stomach were opened, the cuffs were decorated with buttons, and the hem of the hem was fastened with buttons to the upper part of the hips. At this time, women's tops also turned into well-fitting jackets like the hunting suits used by women on horseback in the 18th century. Since then, through various changes, it has been developed to the present, and jackets are almost all over the world. However, as recorded in history, women really began to wear jackets in large numbers after entering the 20th century. Jacket is a general term for short tops that can be worn by men and women. Jacket is the most common kind of clothing in people's modern life. Because of its light, lively and vigorous shape, it is loved by the majority of young men and women.

If we divide jackets from their functions, they can be roughly classified into three categories: jackets used as work clothes; jackets used as casual wear; jackets used as dresses. In modern life, the lightness and comfort of a jacket determines its vitality. So now we will introduce some jacket collocations to everyone.

Black flight jacket with army green hooded sweater, blue jeans on the bottom, and army green sneakers. This kind of collocation is integrated up and down, which has both a layered and three-dimensional sense and a fashionable style! 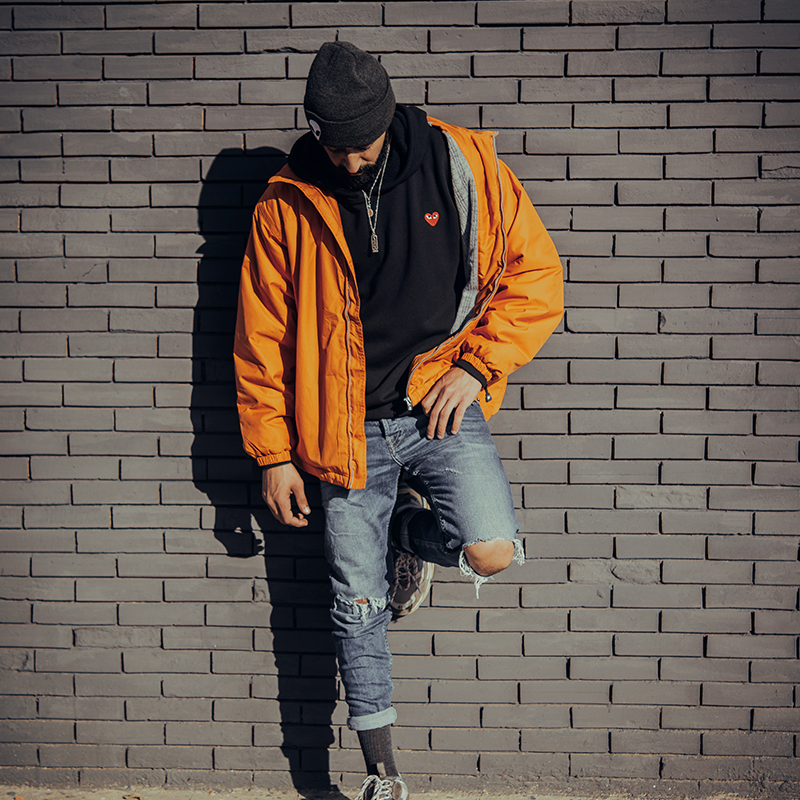 Fashionable and popular white shoes are paired with matte blue jeans, a khaki sweater with a white shirt, and a dark hooded jacket with coat accessories. The white shirt and the white shoes echo up and down, and the hooded jacket and jeans are clearly layered, making the overall relaxed and fashionable. Wear a watch on your wrist, put on sunglasses, and a sense of fashion!

This set is more youthful, vigorous and playful. Khaki flight jacket with black hooded sweater, a pure white T-shirt inside, black jeans and casual shoes on the bottom. Match it with a white hat and T-shirt shoes to form a unified and harmonious image!

The army green flight jacket has a white sweater inside, which is bright and refreshing. The lower body is matched with a pair of black jeans and brown casual sneakers. The contrast between cold and warm colors is eye-catching and refreshing!